I was frantically searching for a monologue to perform as part of my graduating showcase at drama school. After scouring libraries and reading countless number of plays I came across a monologue written by a British writer Chris Chibnall. The character speaking the monologue was Tony and without giving too much away it was touching, humourous, weird and interesting. I had ever heard and knew nothing of the play Kiss Me Like You Mean It.

Kiss Me has been performed all over the world, including a three month stint in Paris. However Australian audiences have only had one chance, back in 2008 at the Old Fitzroy Theatre in Woolloomooloo. I was surprised this play has never seen a Melbourne production and I desperately wanted to put it on.

Chris Chibnall, the writer, started his career as a playwright and in 2000 wrote Kiss Me Like You Mean It as part of his residency with the Soho Theatre, London. That same year the play was shortlist for the prestigious Meyer-Whitworth Award. The original cast was made up of Catherine McCormack, Jason Hughes, Marlene Sidaway and Harry Towb. Chibnall then went on to carve out a successful career as a writer and producer for television. His most notable work includes Born and Bred, Life on Mars and Doctor Who and as the lead writer and producer on Torchwood.

When I first read the monologue, what I loved most about it was I felt the character was speaking my thoughts – that I was Tony. And nearly two years later, after reading and rehearsing the play over and over I still see much of Tony in myself.

The other characters of Edie, Ruth and Don are people we can relate to. Tony and Ruth resonate strongly with me. They’re in their late twenties, stuck in a rut, trying desperately to escape their circumstances and both want to love and be loved. How many of us feel that way? And Don and Edie, the elderly couple who live upstairs, fight and love like any ordinary couple who’ve been married for over 40 years.

While this play is about love it’s also about making the most out of every opportunity that life presents you.

As Don says to Tony, “You lot, you think you can get everything if you’ve got a credit card and a remote control. Anything trickier than that and you start getting panicked. So you miss your pivotal moments…the time to grasp life by the collar and say you’re flamin’ coming with me!”

This is what I hope our audience will take away… 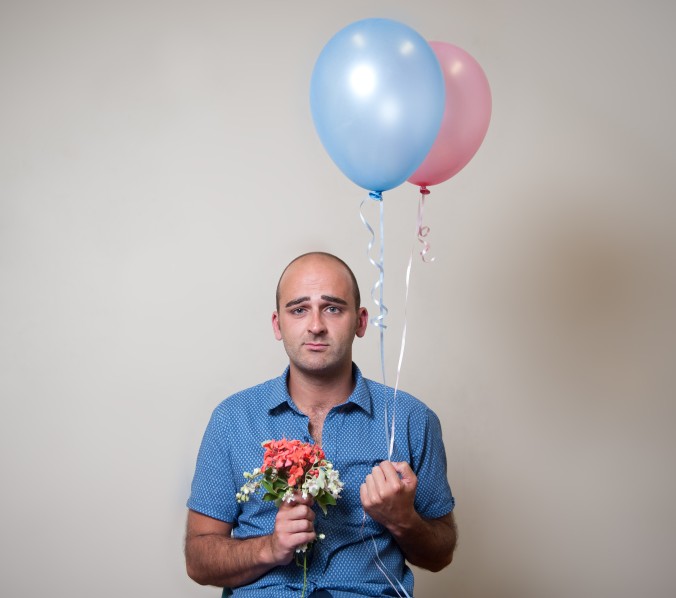